This post was written while watching Legally Blonde, so it took me a billion years to finish because, like I said... Legally Blonde lol.

Wonder why I have been semi-absent from blogging and social media lately?!?! 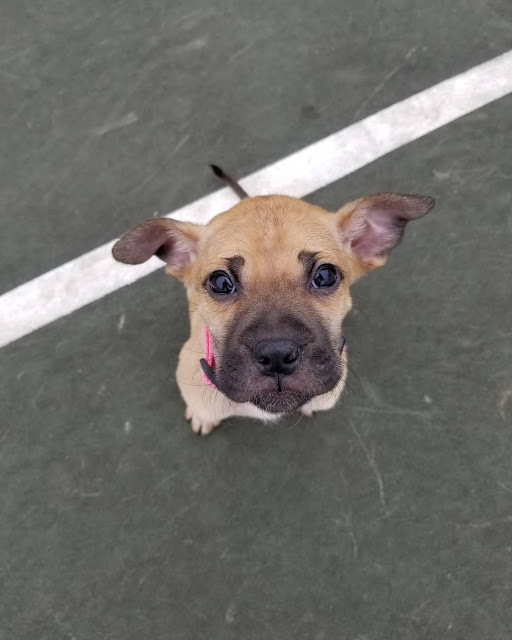 This little girl would be the reason!! Everyone meet Jemma!

She completely has stolen my heart all over again. She loves, LOVES her big brother too!

The story of finding this pretty girl has a happy ending- obviously, but it was a little disheartening trying to adopt another pup after what seemed like everything going wrong in the beginning.

I am not sure if I mentioned that I have a boyfriend or not, if I didn't, I do, so now you know. 🤣

My boyfriend and I decided that my dog, Jax needed a partner in crime and we went to a local shelter, (I will let them remain anonymous because of our terrible experience- I am sure ours was a unique situation and does not happen to everyone, but if you have questions or concerns about which shelter location I am referring to, please reach out and I will assess if the name will be shared or not.) just to gauge the pups available and the process of possibly adopting.

We had no intentions of finding a pup, did not have anything at either of our places prepared, but we fell in love.

We met a 3 year old German Shepherd named Lexi, and decided to adopt her! We told the shelter staff we wanted to adopt Lexi, filled out the paperwork and per their protocol we rushed back to my apartment to get Jax to take back to the shelter to have them meet before the adoption could be final. The shelter employee that we spoke to said he was going to set her number (the way they keep track of the dogs) to the side for us to kind of "reserve" her since we were going to get Jax. Getting back tot he shelter with only 10 minutes before they closed- walked in with Jax and the shelter employee who reserved sweet Lexi for us told me she was just adopted.... I cannot describe how heartbroken I felt. I felt so much joy and happiness in the hour before, and it was shattered. I do not understand how they could let us go get my other dog per their protocol, and let the dog that we picked be adopted right out from under us. I was furious I did not even get a phone call to let us know she was being adopted, I would not have made the trip back. I am beyond upset with the shelter, and vowed to never go back. They had lost my business.

So, after that fiasco, we were still searching. Found an 8 week old German Shepherd/Akita mix puppy, 4 hours away, set up a date and time to go pick her up. Bought all the necessities for owning a new pup, crate, leash, food, toys, blanket, bowls, etc. The morning we are set to pick her up, we head out, excited as ever. I texted the lady what our ETA was and that we had just left. Long story short she blocked both my number and my boyfriend's number because she sold the puppy to someone else and didn't want to tell us. Luckily we did not make it that far down the road before we figured this out and turned around, again heart broken.

Since the puppy was 4 hours away, we got up and out the door around 7 am, so we decided to take a nap and cool off from our anger. After napping, Eric was determined to find a dog that day. So we went adoption shopping... I don't think that is a thing, but I am now making adoption shopping a thing...

We went to 2 other smaller places that had dogs available and did not find one to fit the needs we had in mind. Took a lunch break and continued Google searching places near us to go look. Eric found a place, we decided that if we did not find a dog at that location, maybe it just is not the right timing or meant to be. 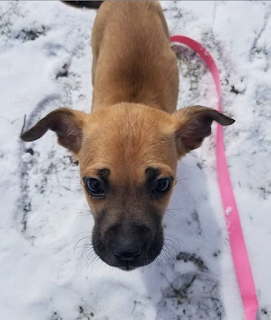 We went to a shelter in Parma, as soon as we walked into the dog area, we saw 3 small Shepherd/Lab mix puppies at 8 weeks old. 1 had already been adopted and was awaiting pick up. 2 were available, and they were both girls. We did a quick swoop of the rest of the shelter, saw a few possibilities- honestly it was a small shelter with a lotttttt of pups, wish I could have adopted them all <3 - and came back to the little girls to hold them and look them over better. We picked the one they had named 'Adele'. The other was named Ariana. (If you know me, you know I am obsessed with Ariana Grande, so her name naturally drew me in, but Adele was the winner in this case.) We held her, she was so tiny, weighing only 3-4 pounds. She was spayed the day before we saw her and was calm as ever. We picked her, told the shelter employees, filled out the paperwork and took her home the same day!
Adele is now Jemma Jane. We think she may be Shepherd/Boxer mix and not Lab, but honestly we can't figure her out! 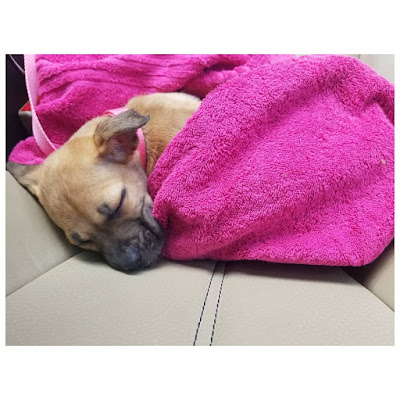 She now weighs about 7.5 pounds and is the sassiest, fearless little girl ever. She is obsessed with Jax and his food, not hers, and loves to play, play, play! She has been home with us for about a month now. I couldn't imagine life without her and I am so happy we found her.

Things happen for a reason- I think in this case because Jax and Jemma were meant to be dog brother and sister.

(Yes, Jax and Jemma's names are from Sons of Anarchy.) 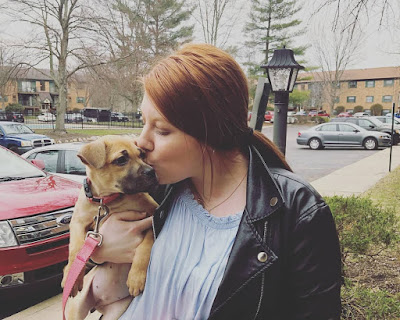 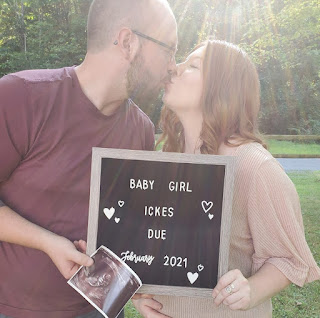